Aanalytical insight as the main driver

Huygens Engineers performs the necessary calculations and simulations during the process of development and engineering. The share of calculation and simulation varies widely among projects. In some projects the share is 100%. We aim to keep analytical insight as the main driver for design, with subsequent confirmation through FEA.

Huygens Engineers delivers calculation and simulation services in the fields of mechanics, heat, fluid flow and electromagnetics. For electromagnetics, we have capabilities on the following subjects:

Magnetic brakes (or eddy current brakes) are widely used in several applications, such as in trains and fairground rides. They can be based on electromagnets for control of the braking force, or on permanent magnets for reliability.

Huygens Engineers used an eddy current brake, based on permanent magnets, to develop a low-cost brake for a system with a high space constraint and no possibility for active control of the brake force, while a constant brake force was required over a large range of speeds and temperatures. The figure and video below show magnetic flow fields in the brake.

There are several challenges in developing such a system, as the brake force generated by eddy currents is highly speed- and temperature dependent and the performance of the brake assembly can be sensitive to tolerances. Huygens Engineers used a combination of FEA in ANSYS to optimize the heat flow and ANSYS Maxwell to optimize the performance of the brake to make it less sensitive to building tolerances and speed variations. After the simulation stage, a prototype was built and measurements were performed on the design. 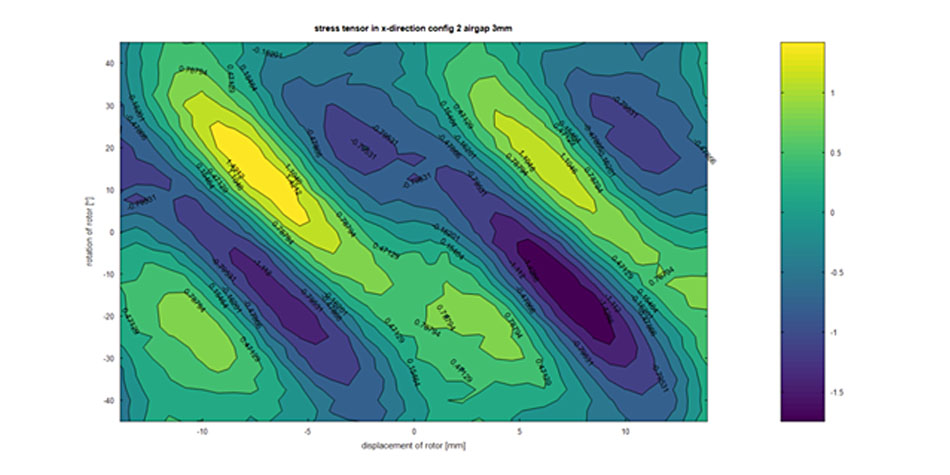 Reluctance motors and effect of moving electromagnets on toothed geometry

Huygens also performed a simulation of attraction and rotation forces on a reluctance-based solution, with the goal of selectively activating specific parts of a moving system. A parametric study facilitated the determination of operability windows for the considered solutions. In this work, 3D magnetic effects played an important role, and ANSYS Maxwell 3D was utilized. The figure shows a magnetic force with varying displacement in two directions. 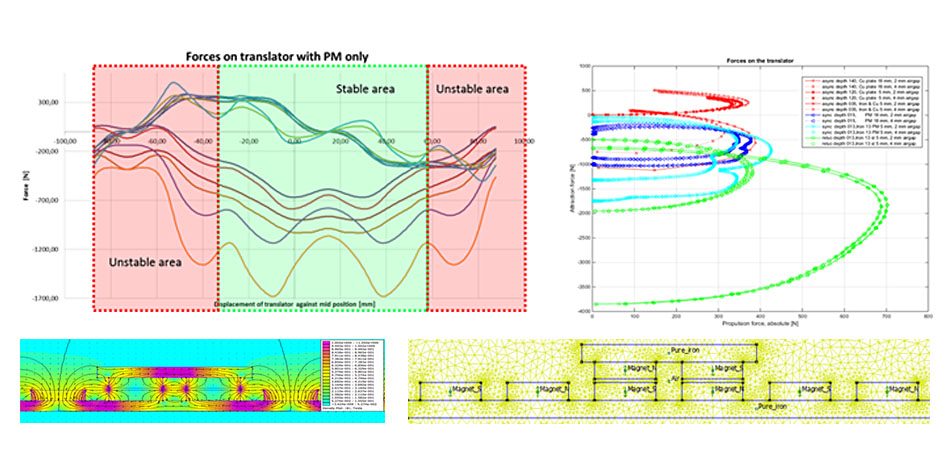 In a particular application, autonomous and electromagnetically actuated sliding plates were considered by a customer. This application precluded the use of lubricants, and due to non-negligible friction coefficients of allowable materials, the ratio of attraction to propulsion forces of various electromagnetic architectures became important. Huygens Engineers performed a 2D simulation of several common- and less-common electromagnetic architectures, with the goal of identifying the most promising ones, based on a number of criteria. The figure shows a 2D simulation in FEMM and import in Matlab. 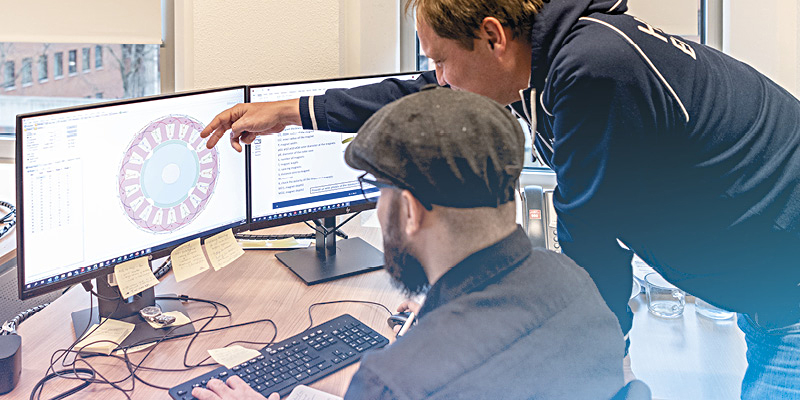 Design of motors, actuators and generators

Huygens Engineers employs engineers with the proven design capability for large (and small) electromagnetic machines including permanent-magnet based machines for wind- and water-turbines up to 3 MW. 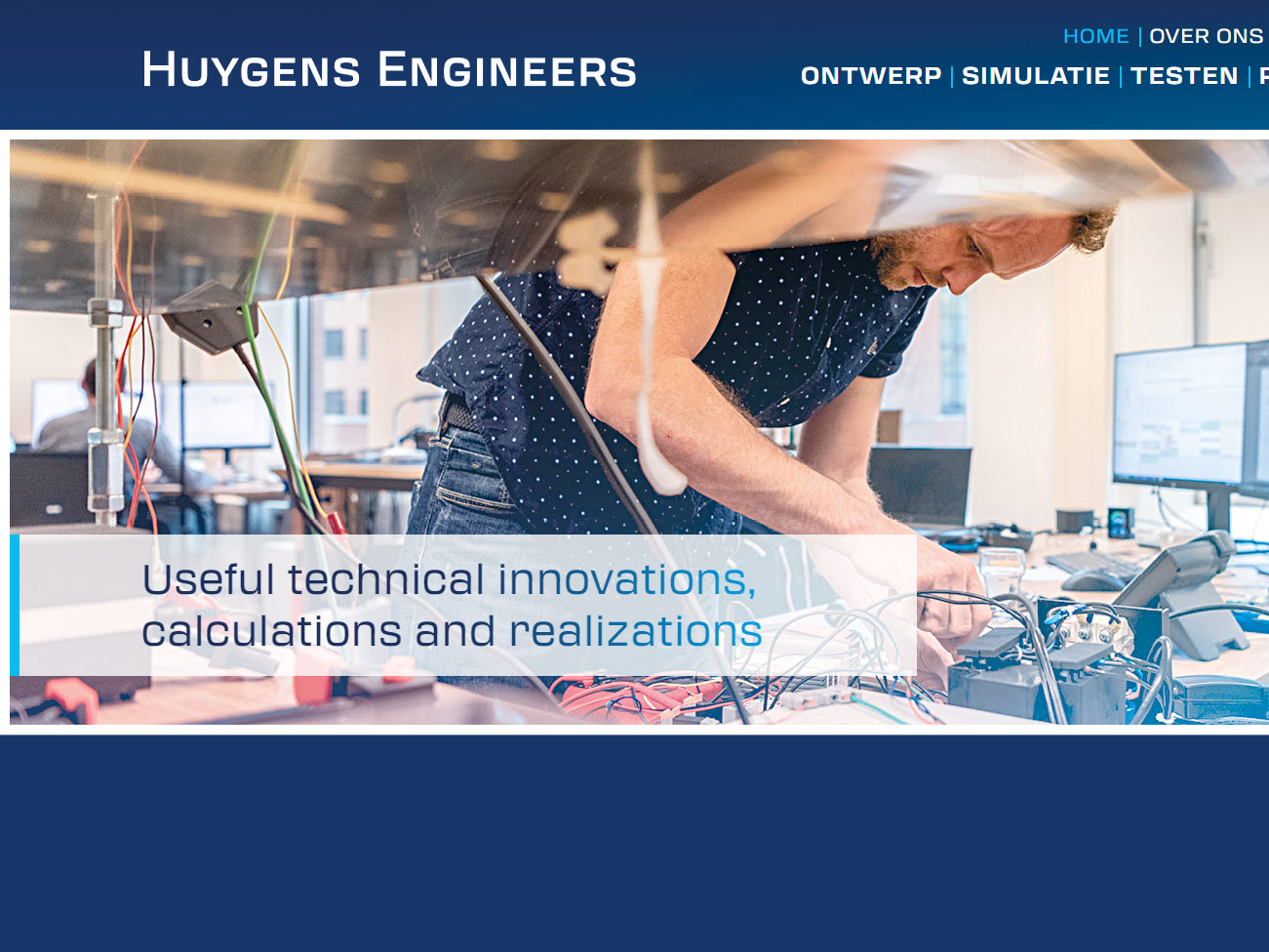 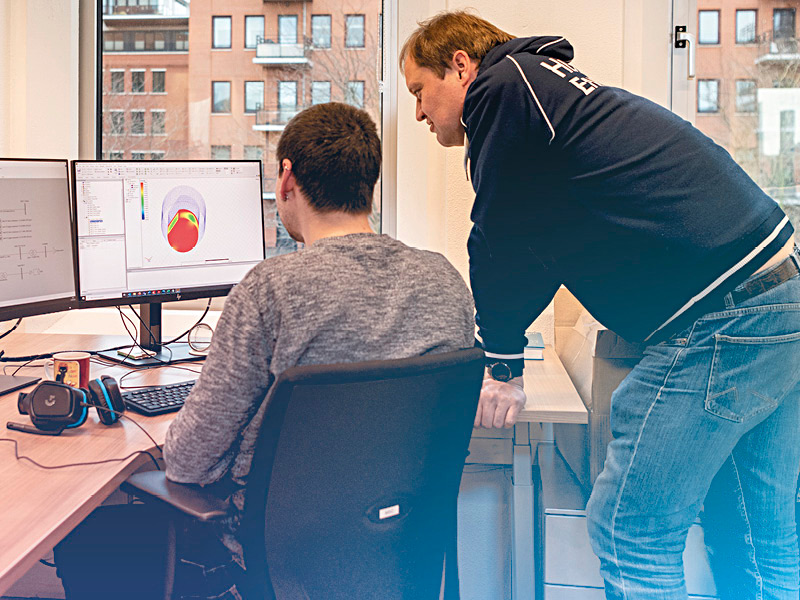